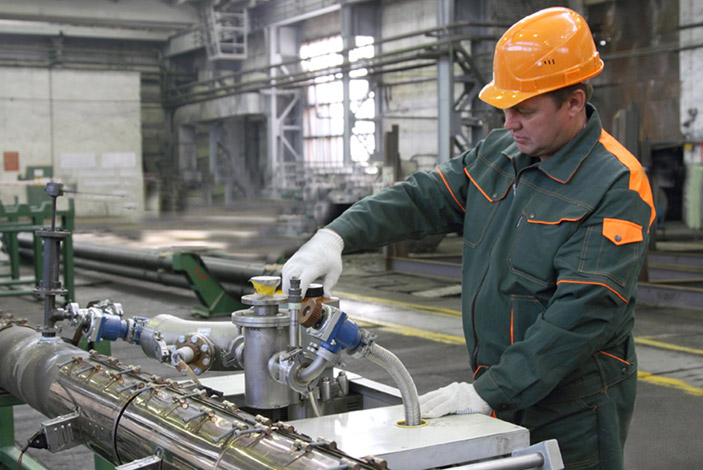 In 2014, our focus was on streamlining business processes and governance system and standardising the organisational structure at TMK’s entities. Thus, we:

Improved productivity is a key tool to fine-tune headcount at our enterprises. We can increase productivity of our employees by continuously raising their qualification and professional level while eliminating inefficient functions and reducing non-production losses. Despite the growing number of TMK’s entities, the average total headcount goes down.

In 2014, we continued improving our remuneration system to make it even more competitive and motivating. We went on implementing a bonus system based on the Management by Objectives (MBO) method at TMK’s plants. This system proved efficient at TMK’s enterprises since we began rolling it out in 2013. 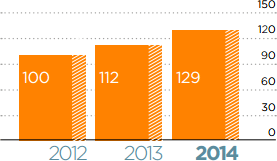 In 2014, wages and salaries at TMK grew by an average of 15.1 % year-on-year. We compensated for inflation losses in the regions and countries where we operate and enabled the Company to live up to its commitments. Efficient headcount management helped us adjust our employees’ salaries for inflation without increasing the Company’s payroll. 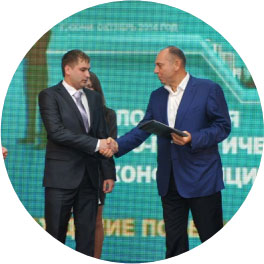 We lay emphasis on developing our new employees’ professional skills and encouraging best graduates to start their career with TMK. TMK closely cooperates with universities located in the regions where TMK operates, including:

Since 2013, TMK has been awarding A. D. Deineko scholarship to top students of the Piping Engineering and Equipment Department of the MISiS University. The scholarship was established to encourage students to pursue a career in production and attract them to TMK’s facilities.

The Company’s sustainable and successful development relies heavily on social partnership, including cooperation with trade unions as well as participation in regional economic development and social programmes.

We take an active part in negotiating on new legislative initiatives and key provisions of the Branch Tariff Agreement as part of cooperation with the Russian Mining and Metallurgical Trade Union (GMPR), Russian Metallurgists Association (RASMET) and Russian Union of Industrialists and Entrepreneurs (RSPP). This cooperation enables us to balance the interests of the social partnership members.

To promote health of its staff, the Company cofinances their recreation and treatment. In 2014, over 2,200 employees and members of their families spent their holiday at the Burgas Resort in Sochi and 450 employees received health resort treatment at the Westend Resort in the Czech Republic.

A total of 152 employees and members of their families visited the Sochi Winter Olympics in early 2014, and 51 employees were rewarded with a free trip to this spectacular sports event. 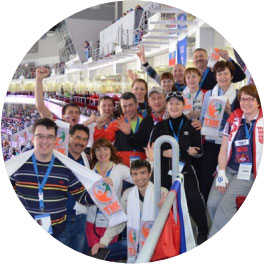 TMK attaches a great importance to the various forms of non-financial motivation, such as corporate awards to the best employees as well as government and industry awards.

In the reporting period, TMK conferred Badges and Certificates for Business Cooperation with TMK to 32 employees of its partners, including technological solution providers, transport and media companies in recognition of their active participation in promoting stable, reliable and mutually beneficial relationship with the Company.