Further to an increase in rig count, more pipe per rig was used, as operators continued to drill more horizontal wells, which typically consume more pipe. Year-on-year, the combined horizontal and directional rig count grew from 75 % of total rigs in 2013 to 80 % in 2014. 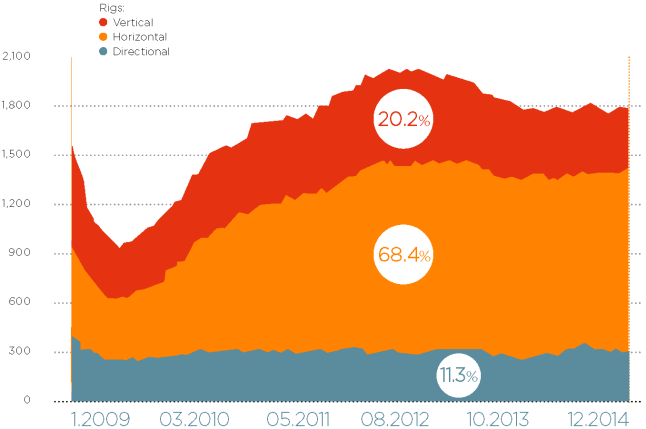 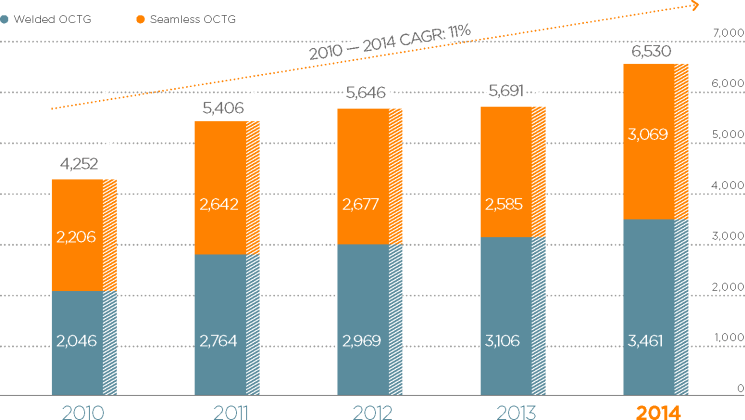 A decision to impose anti-dumping duties on OCTG imports to the US from several countries taken in July enabled local producers to increase their share in the OCTG market.

A key development in both the oil and gas shale plays was a continuation in the improvement of technology, which allowed oil and natural gas producers to increase the number of frac-stages and the length of horizontal wells, which in turn allowed wells to become more productive. As a result, the demand for seamless pipe and higher value added premium connections increased, also from shale oil drillers, as they require better performing pipe for more complex well-designs.

As a result, premium connection pipe sales by our American facilities rose to 250 thousand tonnes.

In 2014, TMK IPSCO finalized the design and prototyping of five new premium connections, which the Company expects to test and introduce to the market in 2015. These connections include improvements to legacy connections as well as the design of new connections.